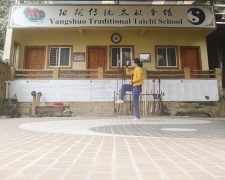 How Tai Chi Became the love of my life.

I had no idea what Tai Chi or Qi gong studies would look like. I had been practicing yoga for the last 10 years with a varying degree of enthusiasm. I found myself becoming injured often, during my practice. I’d recently learned why: I am hypermobile. So I felt like I was getting into the Asana (pose) easily but my body was not properly aligned! The larger classes meant that teachers were not able to correct the poses of individual students and meant that I’d been making the same mistakes for 10 years! And old habits are hard to change.

The popularity of yoga in recent years also means that there are many new teachers graduating and the market is becoming saturated with studios having to follow what the people want – and the people want a good workout. The connection of mind and breath, the original intention of yoga as a practice has become somewhat neglected.

Upon arrival at the Traditional Tai Chi School in Yangshuo, China, I was greeted by humble and down to earth masters of Tai Chi – masters who have trained for more than 15 years. The slow pace of each class somewhat surprised me. I was also surprised at how bad my coordination was! I had no idea how bad my posture was! I couldn’t even stand straight! I did mention that I have been doing yoga for 10 years, right?

But eventually the slow pace caught up with me; I was slowing down. My breath was calming, my eager mind slowing down, and I was able to go with the flow. Learning Tai Chi forms for the first time can be very disorientating, I have to admit. Realising that I couldn’t even stand straight let alone being able to relax my joints and muscles, let alone being able to sink my Qi, I felt so lost. How hard is it to relax my shoulders? Pretty hard, harder than learning to handstand! 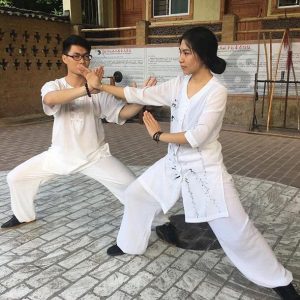 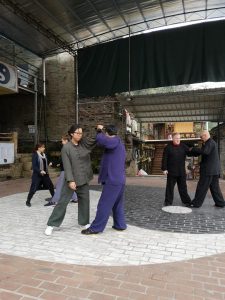 As a practitioner of Chinese medicine, I have read tons about Qi. I could probably write about Qi for days. But during the 5th week of training at the school, it happened! I was able to feel my own Qi, between my hands. Despite the outside weather being 2 degrees (we were training outside), after doing some moving meditation training, my hands got warm. My Qi was finally flowing all the way down to my hands! It was as if I was born blind and heard all about the sun but had never seen it until that day: I opened my eyes and saw the sun for the first time. I knew it was there, I understood its properties but I hadn’t seen its golden rays until that day.

Tai Chi Chuan is ultimately a moving meditation: its elegant movements, philosophical take on “fighting”, union of breath, mind, and spirit are the core of its practice. I have fallen in love with Tai Chi for its beauty and its ability to calm my busy mind and allowing me to get into a meditative state without forcing myself to. As a health practitioner, I became acutely aware of its health benefits by slowing down the breath (tempering our autonomic nervous system), creating space in spinal structure (increasing blood and lymphatic flow in joints and tendons), and increasing balance and coordination of the body. I did find Tai Chi to be an all-encompassing exercise for mind, body, and spirit. Without a healthy mind, it is not possible to have a healthy body. I mean, full stop.

You will probably be asking some questions by now, so if you want to find out more head to my other blog post which outlines the origins and benefits of Tai Chi.

As I returned to Sydney from my 8-week love affair in China, I decided to share my practice with our patients at Project DAO. I’d also realised that this holistic ancient martial art, Tai Chi aligns so well with our mission of: treat, restore, prevent. It provides a full circle of health care.

So if you have made it this far, you should give yourself a chance to at least come and experience my humble Qi gong class one day. Book your spot for our drop-in classes or for our 10-day course which will be run by expert John who is flying in from China to share his knowledge. We are donating half of the fees of this class to the asylum seekers’ resources center because together we believe we can make the right changes in our community that spring from our inner peace.

How Tai Chi Became the love of my life. 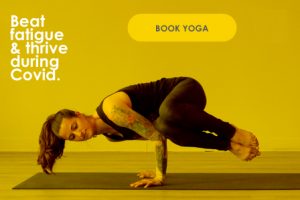